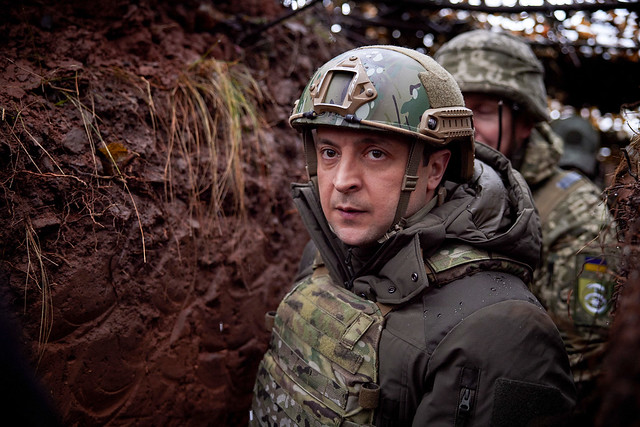 The New Use For NFTs? Funding War.

It’s no secret that Web3’s relationship with mainstream media has been, at times, contentious. But one of media’s most well-respected legacy organizations, Time magazine, has been at the forefront of Web3 integration for two years. Having officially launched The Genesis Collection for TIMEPieces, the publications Web3 community initiative, in September last year, the media’s NFT endeavor did $10 million in NFT sales in 2021 and has collaborated with hundreds of artists to date.

Time President Keith Grossman, spoke today at a panel during nft now and Mana Common’s The Gateway: A Web3 Metropolis. The media veteran, who recently announced he’d be leaving the organization after having accepted the role of President of Enterprise at MoonPay, touched on Time’s role as a leader in the media landscape regarding Web3, the future of journalism, the origin story and success of TIMEPieces, and more.

“It’s easy today to be up here and talk about the success that TIME has had in the last two years in Web3,” Grossman said of the publication’s impact on the space. “It’s really important to remember in March 2021 when we said we were going to enter Web3 properly, we were ridiculed. But what’s really important is what’s fueling this. Not the market, right? What’s actually fueling Web3? What I saw was people’s digital identities. [Before] 2020, when we were all isolated, our digital personas were nice add-ons to our physical bodies. In 2020, we realized our digital personas are equal to our physical lives.”

Grossman told the audience the story of his initial Web3 explorations on Clubhouse in April 2020. The fact that Chris Torres, the creator of the Nyan Cat meme, had sold his creation on the blockchain for 300 ETH (nearly $600,000) just a couple of months prior, stayed with Grossman as he began formulating his thoughts on the potential of blockchain-based tech. “[I told people,] do you understand why a cat with the body of pop tart farting a rainbow just went for 500,000 dollars?” Grossman recalled. “Everyone just looked at me like I was crazy.”

Spending more time on Clubhouse, Grossman slowly began to piece together the basics of NFTs, including how Web3 communities operated and how token-gated access worked.

Grossman also told the story of how he, in some senses, stumbled upon the discovery of the power of Web3. After being put in touch with Guy Oseary, the manager of Bored Ape Yacht Club and Madonna, among many others, Oseary arranged a kind of Web3 speed dating on behalf of Time to feel out who might be interested in partnering with the publication. Grossman eventually met  “the only two people who would ultimately take my call” regarding what Time was aiming to do.

“Nobody would take my call,” Grossman explained. “I called everyone. Every platform. Nobody would take seriously what Time was doing to enter Web3.” One of the people who did take Grossman seriously was John Crain at SuperRare, who offered the publication the ability to mint on their platform. Crain then lent Grossman some ETH and walked him through how to mint something SuperRare. Grossman’s knowledge of the blockchain still being somewhat nascent at the time, he believed that minting something meant that it was private to his own account and unable to be viewed by anyone else.

With this in mind, Grossman then minted three iconic Time magazine covers: April 1966’s “Is God Dead?”, April 2017’s “Is Truth Dead?”, and March 2021’s “Is Fiat Dead?”. Shortly after, he received a bid for “Is God Dead” for $15,000. Crain advised Grossman to cancel the bid as he believed the cover was worth far more. Grossman did so, and after enduring a few days of no bids on the cover (followed by ridicule from Web3 onlookers and skeptics watching the magazine’s experiment play out in real-time), received a bid for the cover for $440,000.

“I started to understand more how the one-of-one market worked,” Grossman said. “[I saw that] it’s a lot like episodic advertising in media.” A few months later, Grossman saw that SuperRare had launched a DAO, releasing RARE, the DAO’s native token, in the process. After combing through his inbox, Grossman found an email from SuperRare telling him to claim his tokens.

“I claimed [them], and my jaw hit the ground,” Grossman recalled. “We’d done so much business [on the platform] that Time had earned $1.4 million worth of RARE tokens. I converted it to Ethereum immediately. […] I converted that into cash. I sent a million dollars in cash to Time, and I held on to $400,000. And that actually paid for the launch of TIMEPieces. So, I never had a conversation with a business partner or a single meeting with anyone. I literally funded all of TIMEPieces from this DAO convergence.”

The future of Web3 and media

Grossman also commented on the current state of Web3 — specifically, which communities thrive and which ones don’t.

“You can either be a greed-based community or you can be a values-based community,” Grossman underscored. “In bull markets, greed-based communities emerge; in bear markets, value-based ones tend to be the ones that survive.” The exiting Time President’s thoughts on the future of journalism similarly drew on a distinction between good and bad actors in the space. In a seemingly post-truth environment, both citizen journalism and mob journalism have seen a precipitous rise, Grossman explained.

“Citizen journalism is individuals using Etherscan and presenting an objective perspective on what happened. You can see it,” said Grossman. “One of the most beautiful aspects is its transparency. Mob journalism is, ‘How many people can I get in a room and how sensationalized can I make this?’ It might be fun, it might be entertaining — it’s not journalism. Citizen journalism is unbelievably powerful. You see it in Iran. […] I just worry about the frustration that’s taking place between disjointed coverage in mainstream journalism and citizen journalism that has elevated mob journalism.”

Grossman drew an analogy between the evolution of the media and the use of horses in transportation in the past several hundred years in the United States. During the early days of expansionism on the continent, horses were mass transportation, Grossman elaborated. With the advent of the train, they became localized transportation. But when cars came along, horses didn’t vanish, they simply became relegated to a few particular sectors of society — one of which was available only to the affluent. Seeing as so many publications now require paywalls for their readers to access their content, Grossman noted that exceptionally great media is now similarly becoming available only to the affluent.

“Over the coming years, depending on legislation, it will be very interesting to see where media goes,” Grossman noted.

Grossman admitted that he was perplexed as to why many legacy media outlets have been relatively soft on Sam Bankman-Fried and the recent and spectacular fall of crypto exchange FTX. Conspiracy theories regarding SBF’s relationship with either journalists or politicians, however, hold little water in his view.

“There’s no scenario where journalists all talk in a room and decide something,” Grossman explained, citing his many years in the media landscape. “There’s no scenario where just because he was a big donor to politicians means politicians will go lightly on him because he’ll not have something to give them [in the future]. I think [the media] doesn’t understand the space well enough to understand what really happened. The effective altruism approach he took is so welcomed and warming that it’s hard to believe in someone who used money for so much good could also do something that’s so bad. […] It’s not a crypto issue — it’s a bad actor issue.”

Grossman’s transition to MoonPay will be a fascinating one. The exiting Time President certainly has the enthusiasm and the experience to help the online exchange become a major onboarding force in Web3. 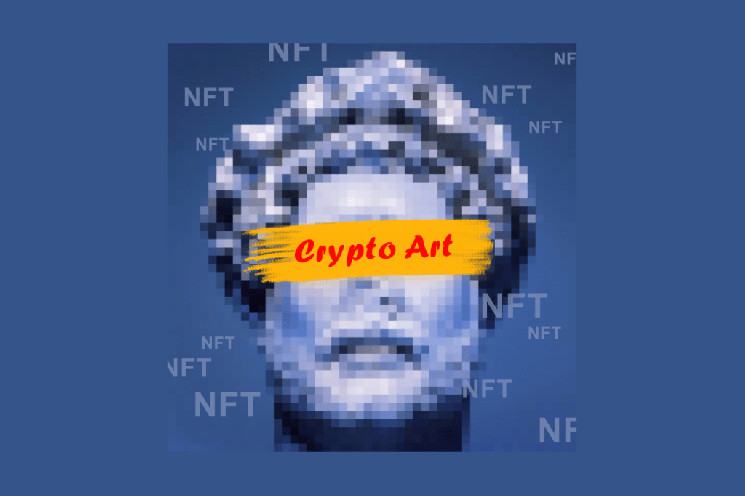 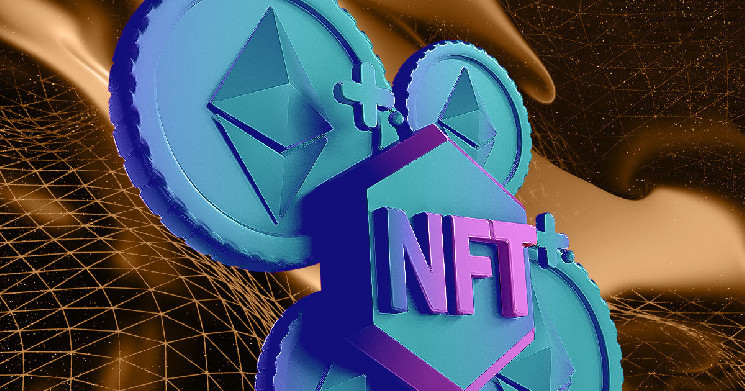 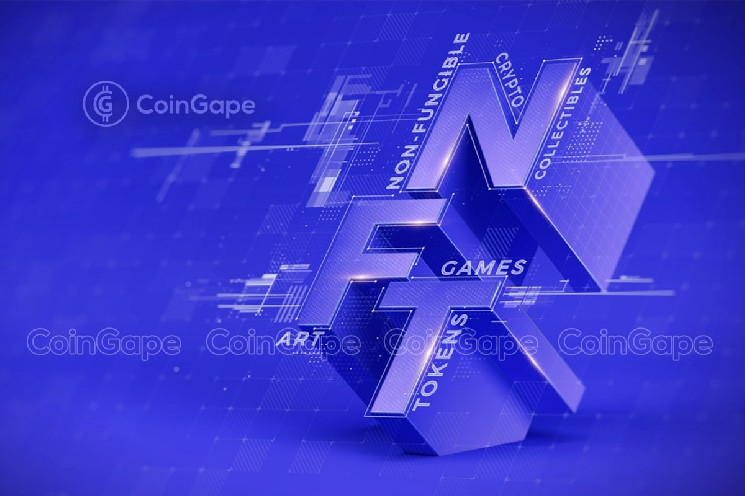 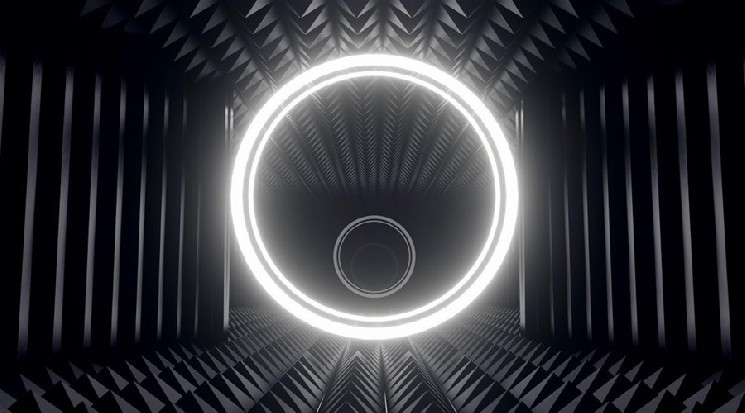 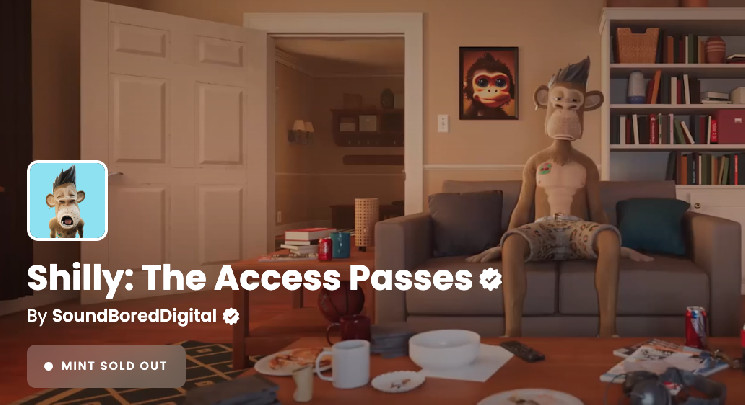