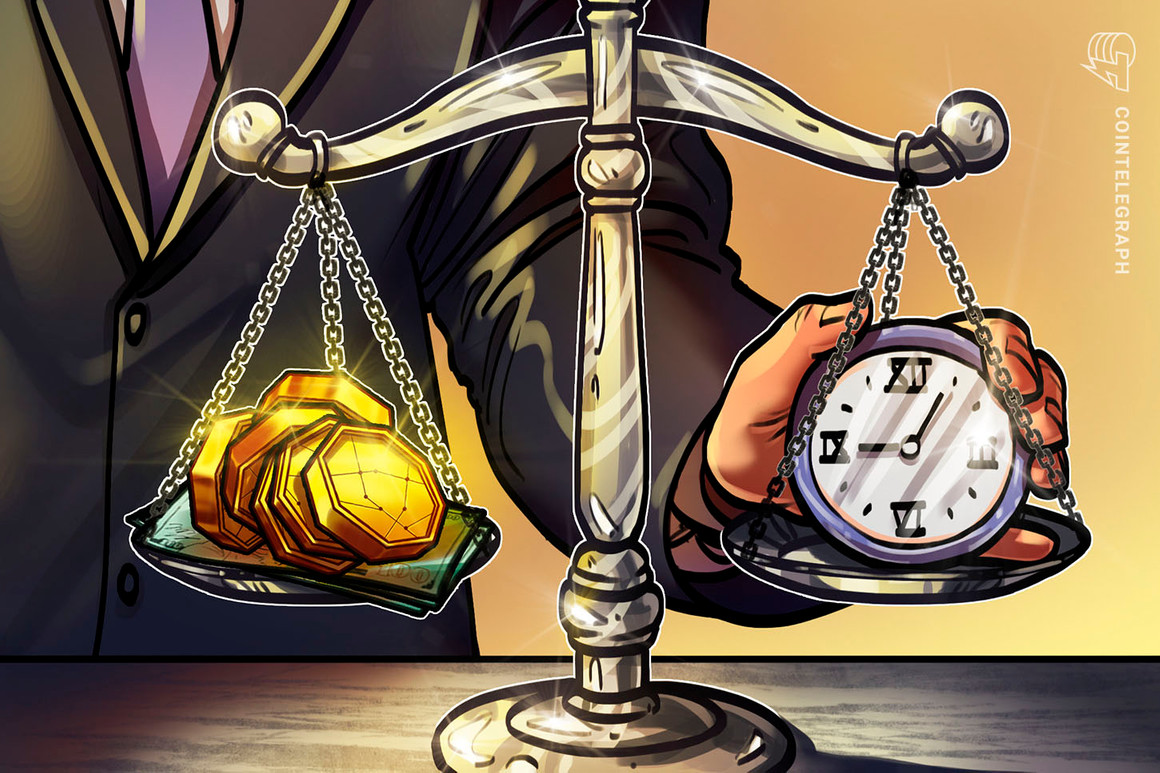 What is driving institutions to invest in crypto? BlockFi’s David Olsson explains

The cryptocurrency markets have been quiet over the weekend. The sideways price action continues on Sept. 5 and there is unlikely to be any fresh triggers from the United States equities markets which are closed for Labor Day.

A positive sign among all the mayhem is that Bitcoin (BTC) has not given up much ground over the past few days and continues to trade near the psychological level of $20,000. This suggests that traders are not panicking and dumping their positions in a hurry.

Could bulls push and sustain Bitcoin above $20,000 and will this trigger buying in altcoins? Let’s study the charts of the top-10 cryptocurrencies to find out.

Bitcoin has been stuck inside a tight range between $19,520 and $20,576 for the past few days. This indicates indecision among the bulls and the bears. Although bulls are buying the dips, they have failed to clear the overhead resistance.

The downsloping 20-day exponential moving average ($20,775) and the relative strength index (RSI) in the negative territory increase the likelihood of a break below $19,520. If that happens, the BTC/USDT pair could drop to the strong support zone between $18,910 and $18,626.

Buyers are expected to defend this zone with all their might. If the rebound breaks above the 20-day EMA, the pair could rise to the 50-day simple moving average ($22,253). The bulls will have to clear this hurdle to open the doors for a possible rally to $25,211.

Conversely, if bears sink the price below $18,626, the pair could retest the final support at $17,622. A break below this support could signal the resumption of the downtrend.

Ether (ETH) has been stuck between the 20-day EMA ($1,605) and the neckline of the head and shoulders (H&S) pattern since Aug. 31 but this tight-range trading is unlikely to continue for long.

If buyers push and sustain the price above the 20-day EMA, the ETH/USDT pair could rally to the overhead resistance at $1,700. This is an important level to keep an eye on because a break and close above it could signal that bulls are back in control. The pair could then rally to $2,030 and later to the downtrend line.

This bullish view will be invalidated in the near term if the price turns down from the moving averages and breaks below $1,422. If that happens, the pair could slide to $1,280. The bulls are expected to defend this level with vigor but if the bears overpower them, the decline could extend to the pattern target of $1,050.

Binance Coin (BNB) has been trading near the strong support of $275 for the past few days but the bulls have not been able to achieve a strong rebound off it. This indicates a lack of demand at higher levels.

The 20-day EMA ($286) has been sloping down and the RSI is below 41, indicating that bears have the upper hand. If the price breaks and closes below $275, the BNB/USDT pair will complete a bearish head and shoulders pattern. The pair could then start its decline to $240 and later to the pattern target of $212.

Contrary to this assumption, if the price turns up from the current level and breaks above the moving averages, it will suggest that bulls are back in the game. The pair could then rise to the overhead resistance at $308.

XRP has been stuck between $0.32 and $0.34 for the past few days but this tight range trading is unlikely to continue for long.

The bears will attempt to sink the price below $0.32. If they succeed, the XRP/USDT pair could extend its decline to the crucial support at $0.30. Buyers are likely to defend this level aggressively as they had done on three previous occasions.

Alternatively, if the price rebounds off $0.32 and breaks above $0.34, it will suggest a short-term advantage to the bulls. The pair could then rise to the 50-day SMA ($0.36) and later to the stiff overhead resistance at $0.39.

Cardano (ADA) broke and closed above the 50-day SMA ($0.49) on Sept. 4 but the bulls could not sustain the breakout. This suggests that bears continue to sell on rallies.

Conversely, if the price rebounds off the 20-day EMA and rises above $0.51, it will suggest a change in sentiment from selling on rallies to buying on dips. The ADA/USDT pair could then rise to the downtrend line.

Solana (SOL) has been trading near $32 for the past few days but a negative sign is that buyers have not been able to push and sustain the price above it.

If the price turns down and slips below $30, the SOL/USDT pair could decline to the vital support at $26. This is an important level for the bulls to defend because if this support gives way, the pair could start the next leg of the downtrend.

In the near term, if buyers push the price above the 20-day EMA ($34), it will suggest that the selling pressure could be reducing. The pair could then attempt a rally to the 50-day SMA ($38) where the bears may again pose a strong challenge.

Dogecoin (DOGE) has stayed above the immediate support at $0.06 for the past few days but the bulls have failed to achieve a strong rebound off it. This indicates that demand dries up at higher levels.

A tight consolidation near a support usually results in a breakdown. The downsloping 20-day EMA ($0.06) and the RSI in the negative zone indicate the path of least resistance is to the downside. If bears sink and sustain the price below $0.06, the DOGE/USDT pair could drop to the crucial support at $0.05.

To invalidate this negative view, buyers will have to push and sustain the pair above $0.07. If they manage to do that, the pair could rise toward the overhead resistance at $0.09.

Polkadot (DOT) remains stuck inside a large range between $6 and $10 for the past several days. The price has gradually been inching higher and the bulls are attempting to clear the overhead hurdle at the moving averages.

If they manage to do that, it will suggest that lower levels continue to attract buyers. The DOT/USDT pair could then attempt a rally to $9.17 and later to the overhead resistance at $10.

On the other hand, if the price fails to rise above the moving averages, it will suggest that bears are active at higher levels. The sellers will then attempt to sink the price below the strong support at $6.79. If that happens, the pair could drop to the crucial support at $6, which is likely to attract strong buying.

The price action inside a large range is usually random and volatile. Hence, it is difficult to project the short-term price moves inside the range with certainty.

Polygon (MATIC) has been range-bound between $1.05 and $0.75 for the past several days. Although bulls pushed the price above the 50-day SMA ($0.88) on Sept. 1, they have not been able to build upon this strength. This indicates that demand dries up at higher levels.

The bears will attempt to sink the price below the 20-day EMA ($0.85). If they succeed, the MATIC/USDT pair could drop toward the strong support at $0.75.

This is an important level for the bulls to defend because a break and close below it could complete a head and shoulders pattern. The pair could then start a correction to $0.63 and later to the pattern target at $0.45.

On the contrary, if the price rebounds off the moving averages and rises above $0.91, the likelihood of a rally to $1.05 increases. The bears are expected to pose a stiff resistance at this level.

Buyers pushed Shiba Inu (SHIB) above the 20-day EMA ($0.000013) on Sept. 4 but the long wick on the day’s candlestick shows that bears are selling at higher levels.

The price turned down and slipped below the moving averages on Sept. 5. The bears will now try to sink the SHIB/USDT pair to $0.000012 which is likely to attract buyers. The 20-day EMA is flattening out and the RSI is just below the midpoint, indicating a balance between buyers and sellers.

The views and opinions expressed here are solely those of the author and do not necessarily reflect the views of Cointelegraph. Every investment and trading move involves risk. You should conduct your own research when making a decision.