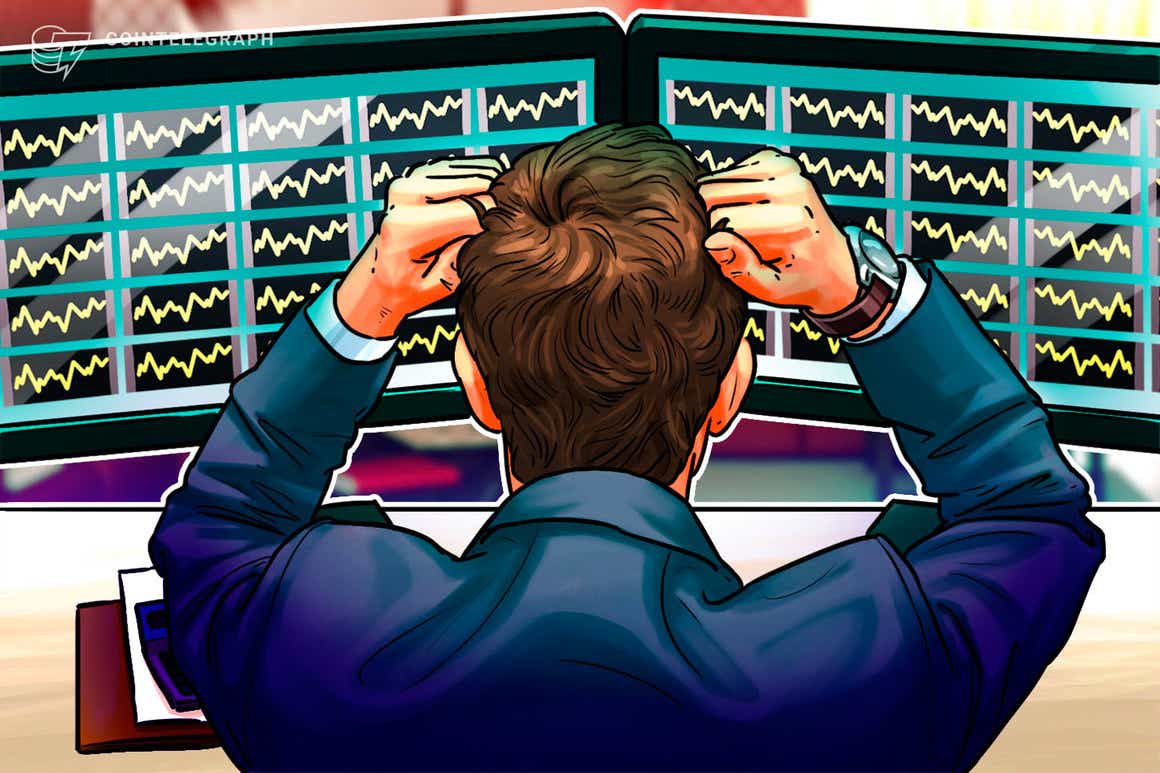 There’s no denying that the crypto market has been gripped by immense bearish pressure over the past year, as made evident by the fact that the total capitalization of this sector has continued to hover below the $900 billion mark for most of the year after having scaled up to an all-time high of $3 trillion in 2021.

These conditions have been characterized by many companies facing insolvency, as well as many of the world’s top exchanges laying off their staff in recent months. Moreover, the recent FTX debacle has set in motion a contagion effect that has continued to have a major effect on several crypto platforms, dissuading newer investors from entering the space in the process.

Since Q2 2022, a host of prominent crypto entities (including many digital asset trading and lending platforms) such as Terra, Celsius, Bbl, Voyager Digital, Vauld, FTX, Alameda Research and BlockFi, among others, have either collapsed entirely or filed for bankruptcy, thus suggesting more incoming pain for the industry.

As the market continues to be faced with major headwinds, several crypto companies, especially exchanges, have had to let go of their workforce. It is estimated that over the first eleven months of the year alone, the industry has witnessed over 26,000 layoffs.

In November, leading cryptocurrency trading platform Coinbase announced a fresh round of job cuts, with the firm reportedly firing more than 60 employees from its recruiting and institutional onboarding teams. What’s more, is that earlier this year, the company laid off 18% of its staff (approximately 1,100 oppositions), with company CEO Brian Armstrong admitting that he had hired more personnel than were required to begin with.

Similarly, on Nov. 30, cryptocurrency exchange Kraken announced that it was going to be parting ways with 30% of its global workforce — which works out to over 1,000 employees — amid the ongoing market downturn. A spokesperson for the firm noted in a blog post:

“Since the start of this year, macroeconomic and geopolitical factors have weighed on financial markets. This resulted in significantly lower trading volumes and fewer client sign-ups. We responded by slowing hiring efforts and avoiding large marketing commitments. Unfortunately, negative influences on the financial markets have continued and we have exhausted preferable options for bringing costs in line with demand.”

It is worth noting that back in June, the company had stated that it was looking to expand and grow its operations, primarily by adding 500 experienced individuals (laid off from other firms) to its roster.

Lastly, the aforementioned layoffs haven’t been confined to just American crypto firms, with prominent Australian digital asset exchange Swyftx announcing recently that it had cut 90 jobs. Prior to this development, the company had excused 260 employees, effectively bringing down its total workforce by 35%. Similarly, popular cryptocurrency exchange Lemon Cash, which has large-scale operations in Argentina and Brazil, announced a 38% cut in its workforce a month ago, citing the lack of a clear recovery horizon.

Other similar instances worth noting

Akin to the developments noted above, crypto exchange Bybit too announced that it was going to be initiating a fresh round of job cuts (estimated to be around 250 positions). To this point, company CEO Ben Zhou revealed on Twitter that the firm is currently trying to manage its expenses by refocusing its day-to-day operations, especially with a deepening bear market.

1) Difficult decision made today, but tough times demand tough decisions. I have just announced plans to reduce our workforce as part of an ongoing re-organisation of the business as we move to refocus our efforts for the deepening bear market.

According to Zhou, this latest decision will have a direct effect on 30% of his staff, adding:

“Planned downsizing will be across the board. We are all saddened by the fact this reorganization will impact many of our dear Bybuddies and some of our oldest friends.”

Unchained Capital, a Bitcoin (BTC) financial services firm, let go of nearly 630 people in November, effectively reducing its manpower by 15%. In a recent post pertaining to the job cuts, company co-founder and CEO Joe Kelly noted that the layoffs did not have anything to do with the recent FTX saga, stating, “Funding for Bitcoin-backed loans has been materially constrained by recent market events.”

Digital asset and blockchain firm Galaxy Digital, helmed by popular investor Mike Novogratz, also plans on reducing its staff by at least 20% (nearly 170 employees) in order to focus on building for the future and maximizing shareholder value in the long run. It bears mentioning that since the turn of the year, Galaxy’s share value has depleted by a staggering 80%.

Venture capital company focusing on the digital currency market Digital Currency Group (DCG) also downsized by nearly 13% recently, letting go of 66 employees in the process. The crypto conglomerate, which was founded by billionaire Barry Silbert, said it is looking to restructure its finances while also promoting several senior executives.

It is interesting to note that DCG subsidiary Genesis Global Trading is one of the key entities involved with the collapse of 3AC, a popular crypto hedge fund that was one of the first major casualties of the year. DCG’s Genesis Asia Pacific Ltd. had lent Three Arrows $2.4 billion, with the hedge fund putting down the equivalent of $1.2 billion in crypto and other collateral back in October.

Lastly, Dapper Labs, the company behind popular projects including CryptoKitties, NBA Top Shot, NFL All Day, UFC Strike and the Flow blockchain, reduced its headcount by 22% (135 employees) in November.

Founder and CEO Roham Gharegozlou noted, “These reductions are the last thing we want to do, but they are necessary for the long-term health of our business and communities. We know Web3 and crypto is the future across a multitude of industries – with 1000x potential from here in terms of mainstream adoption and impact – but today’s macroeconomic environment means we aren’t in full control of the timing.”

To gain a better understanding of the recent layoffs, Cointelegraph reached out to Xiao Xiao, investment director at HashKey Capital, a digital asset financial services group. In his view, the layoffs are a result of the exchanges being overstaffed as well as the prevailing crypto winter, adding:

“During the bull market, there are many businesses to attend to. Often exchanges work to introduce new business lines, which means it makes sense to hire more people, sometimes more than needed. But in a bear market, companies tend to focus on how to allocate capital more efficiently. When considering their potential ROI, it may not be the right timing for a new business line.”

He noted that as things stand, many companies are trying to cut down on unnecessary costs and are trying to prepare for the next bull run, which is difficult since it requires a lot of personnel. “For many big exchanges, the cash situation remains strong, and therefore they have the ability to retain big teams,” Xiao stated.

Gökberk Kızıltan, head of communications for Snapmuse.io — a Web3 platform for content creators — told Cointelegraph that the crypto market fluctuates in parallel with the boom and bust cycles of the tech industry: During every bull market, hundreds of projects appear with their valuations going higher. Then, during bear runs, users make a swift exit, leaving projects with dwindling funds. He added:

“Exchanges underpin this ecosystem. As the gateway to crypto, they are the ones that are required to step and start hiring during times of demand. When conditions change and a crypto winter inevitably sets, they often find themselves too big to survive the conditions. Layoffs are their survival method. The flexibility to hire and lay off based on market conditions give them the agility to satisfy market expectations during booms and busts.”

He further noted that the layoff issue is not specific to the crypto industry alone, stating that the poor macro market conditions also are reflected in the Nasdaq as the tech industry at large has seen a large number of job cuts recently. “I don’t see the reaction of the exchanges to today’s ongoing headwinds any different from those being experienced by most conventional tech companies,” Kızıltan added.

The recent slew of collapses that have hit the market stand to usher in a new wave of regulations in the near term. In this regard, up until now, the United States Securities and Exchange Commission and its chairman, Gary Gensler, have continued to stay on the fence when it comes to providing clarity about the legal status of digital assets.

With the FTX downfall sending shockwaves across the globe, however, lawmakers seem to have been left with little to no choice but to implement regulations in the near term. In fact, many believe that the enforcement of quality regulations could revive the crypto economy, helping newer investors enter the market. Therefore, as we head into a future driven by decentralized technologies, it will be interesting to see how the crypto job sector continues to evolve. 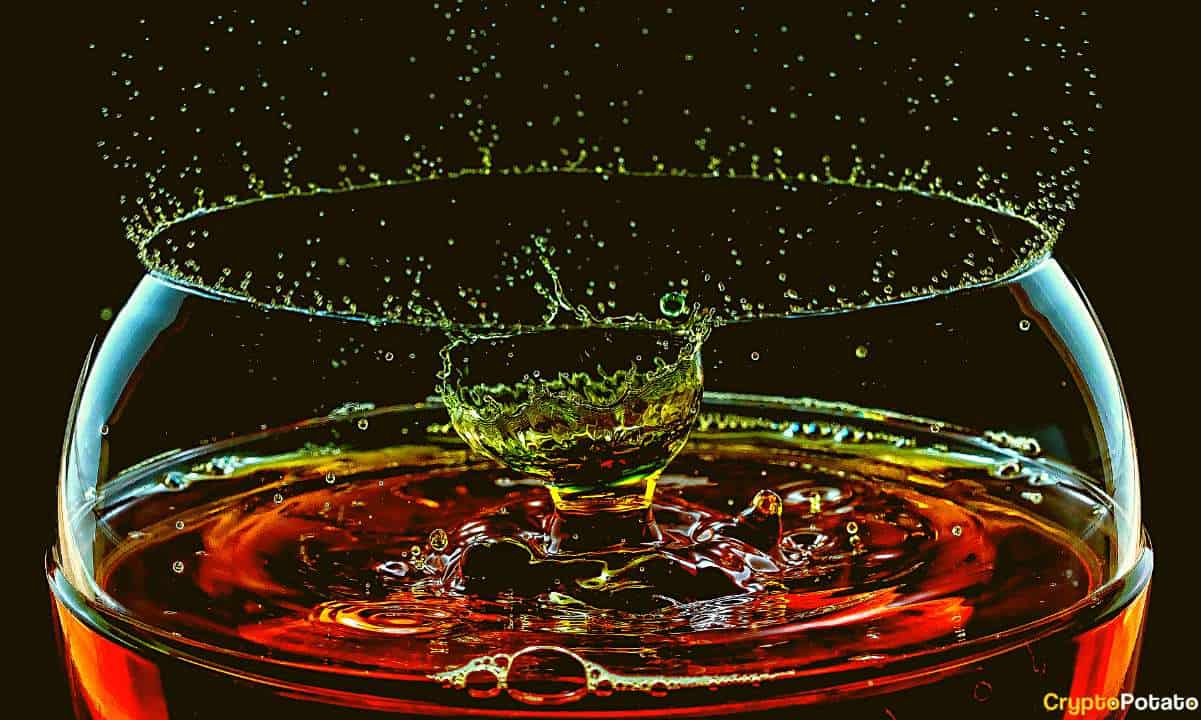