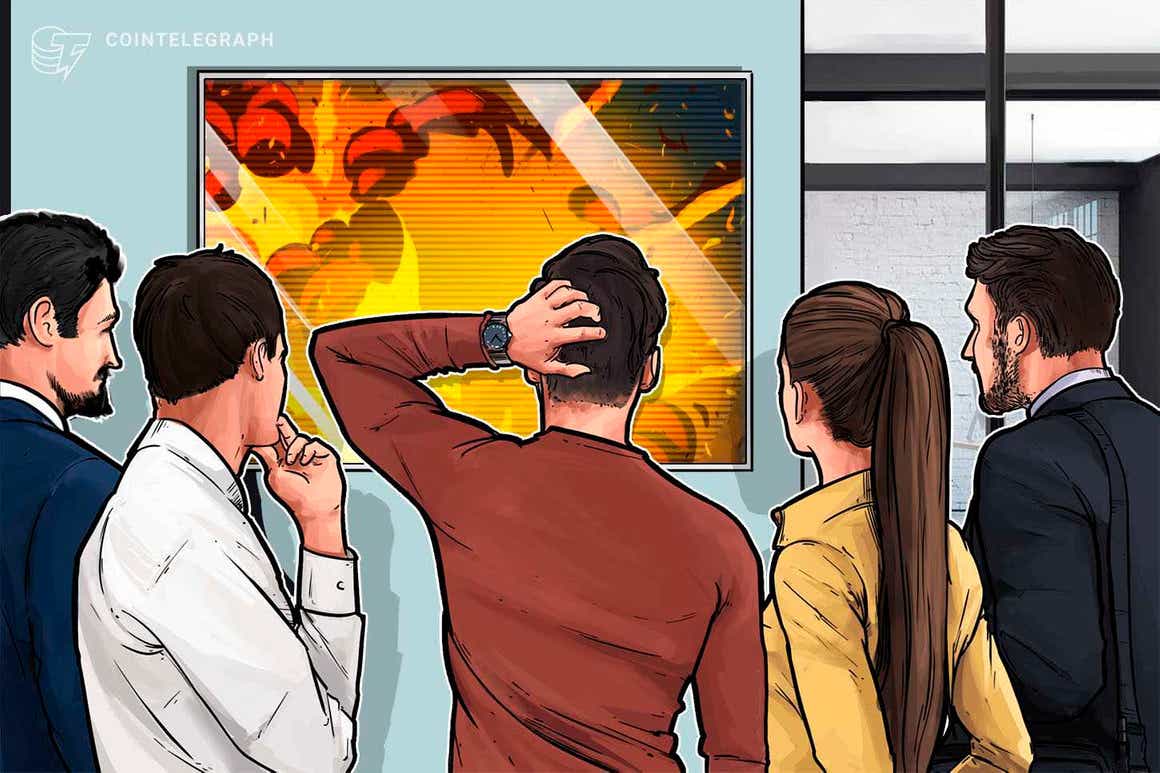 Ukraine launches NFT museum ‘to keep the memory of war’

Canadian politician and noted crypto advocate Pierre Poilievre has taken the helm of Canada’s Conservative Party, which looks set to give the current administration a run for its money in the next federal election.

The pro-crypto politician reportedly won the leadership of the Conservative Party of Canada in a landslide victory on Sept. 10, securing 68.15% of the electoral points up for grabs, an far outpacing his nearest opponent Jean Charest who received just 16.07 % of the vote.

Poilievre has been a member of the Conservative Party since 2003, first winning office in the 2004 election. He has since served as a Member of Parliament for seven terms and held various roles including Shadow Minister for Finance and Minister of Employment and Social Development.

Poilievre has been known as a supporter of crypto and Bitcoin (BTC), advocating for more financial freedom through tokens, smart contracts, and decentralized finance.

His latest appointment means that Canadians may be able to eventually vote for a pro-crypto Prime Minister in the 2025 federal election, which is set to take place on or before Oct. 20, 2025, to determine who will be the 45th Canadian Prime Minister.

Earlier this year, Poilievre urged the Canadian public to vote for him as leader to “make Canada the blockchain capital of the world,” adding:

“Let people take back control of their money from bankers & politicians.”

Let people take back control of their money from bankers & politicians.

Get your membership. So you can vote for me as leader. To make Canada the blockchain capital of the world: https://t.co/d9I1ky9w2t pic.twitter.com/qQrJct9gKK

In March, YouTube channel BITCOIN posted a video of Poilievre at a Tahinis Restaurant during his leadership election campaign talking about his support for crypto, saying: “We must keep cryptocurrencies legal.”

He also briefly spoke about ideas to simplify crypto taxes, rules and regulations so there was a consistent law across Canada.

In the same video, he bought chicken shawarma using the Lightning Network.

However, Poilievre has offered very few specifics on how his party would implement the regulation and adoption of crypto if they unseat current Prime Minister Justin Trudeau’s Liberal party.

To form a majority government requires at least 170 seats in the house of commons.

Canada made its foray into the global digital asset space when its Parliament passed a national law on digital currencies in 2014.

The Canadian regulatory council also created a new preregistration filing for crypto platforms in August of this year.

Only a relatively small number of Canadians currently hold BTC, according to the Bank of Canada Financial System Review released in June 2022 — with about 13% of Canadians owning some in 2021, up from 5% in 2020.